I purchased this car in the Spring of 1979.  It ran very well, but was not a beauty.  The previous owner had allowed it to roll into a cherry tree, then used Bondo to repair the dent.  Unfortunately, he was no body man and it showed.

After 12 years in the hot North Central Washington summers and cold winters, the paint had lost any semblance of a luster.  Instead of silver, it was a dull gray.

I drove the car for many years and had a blast, and always had big plans to refurbish it and take to shows and parades.  I was able to get the body work done but that’s it.

I purchased 2 new (used) front fenders and hood and the manager of a local body shop took it on as a personal project.  The paint color was selected by my wife.  We call it “Midnight Blue Under a Full Moon”.

Leaving for new home in Oregon 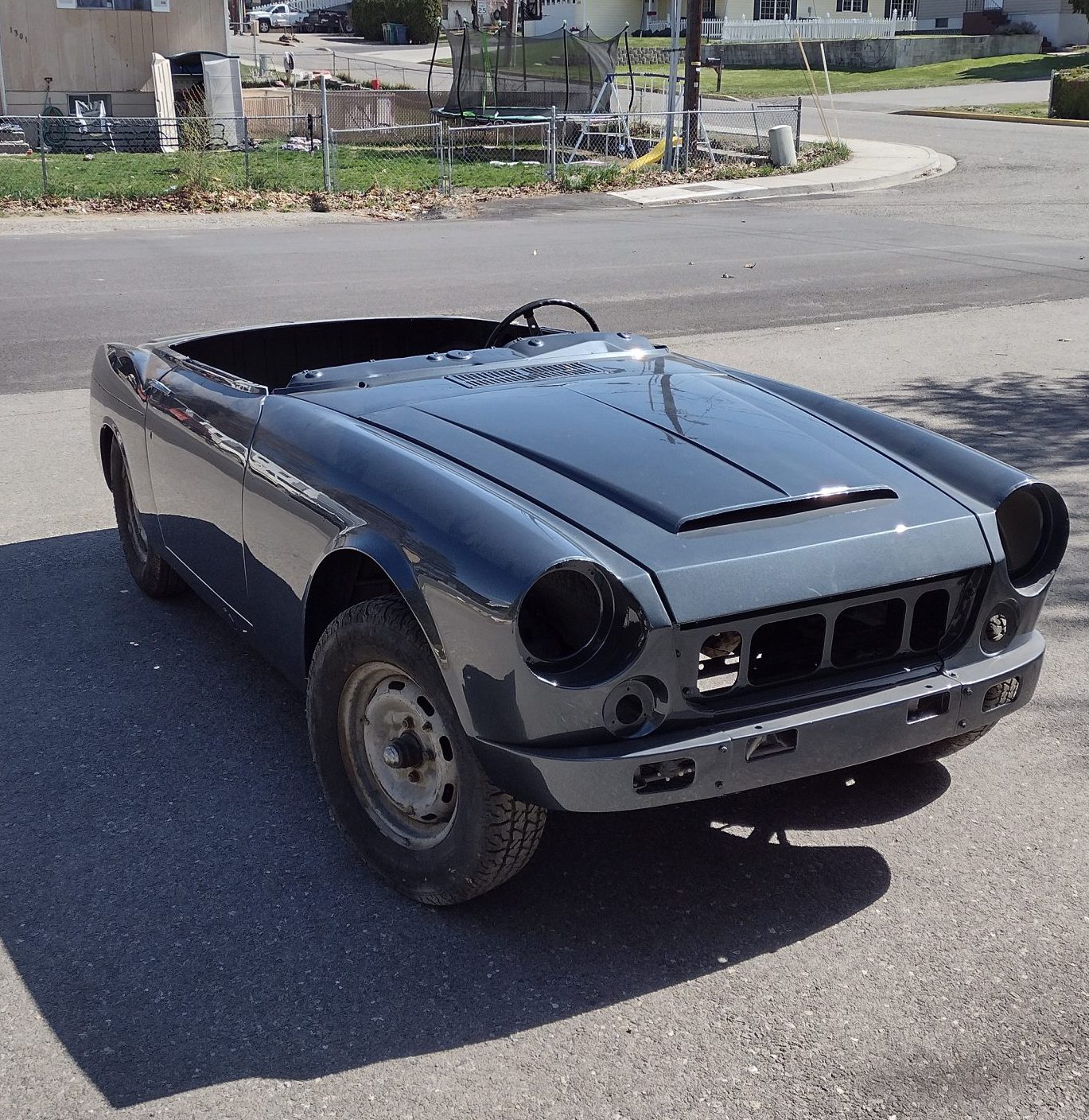 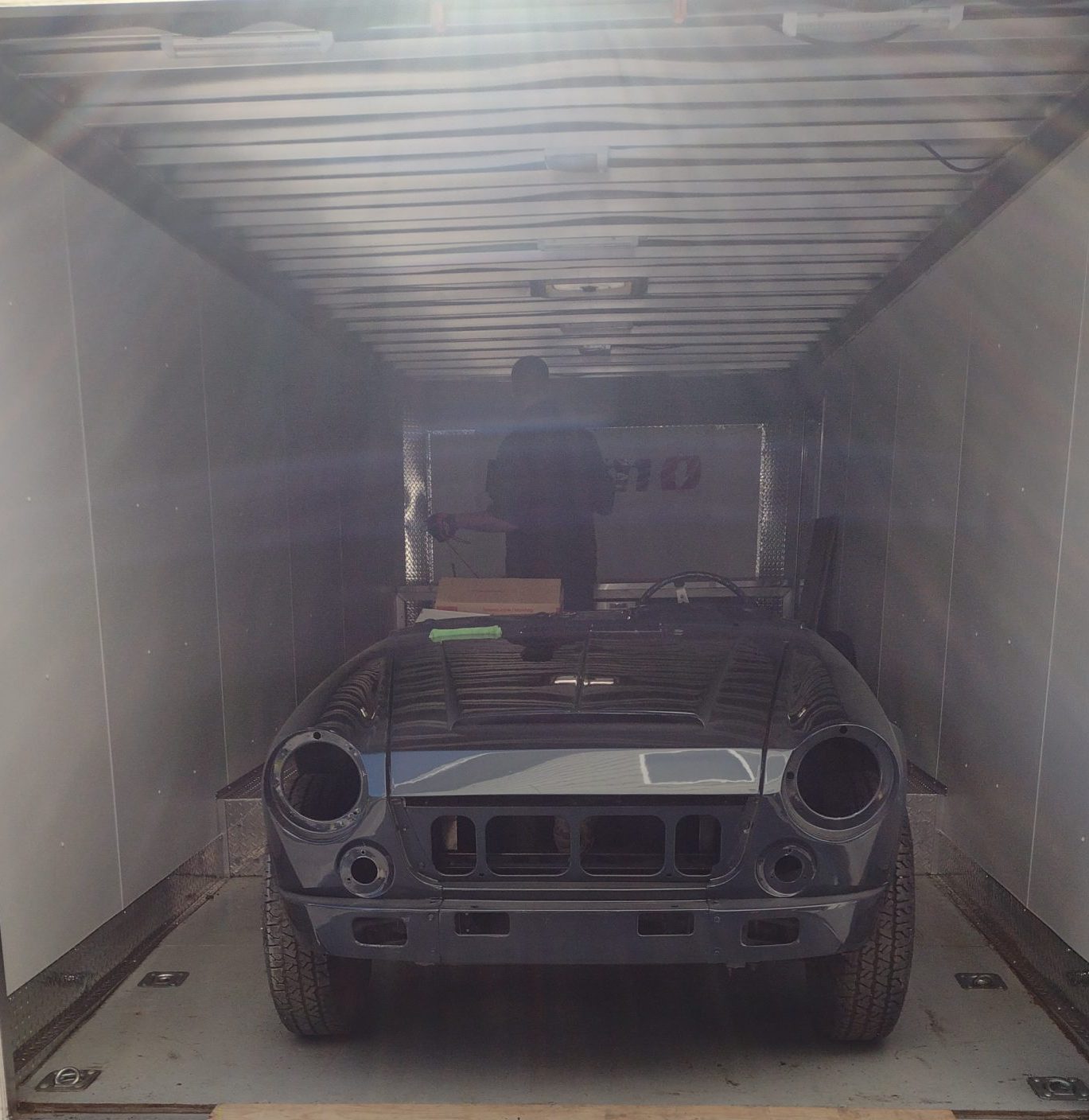